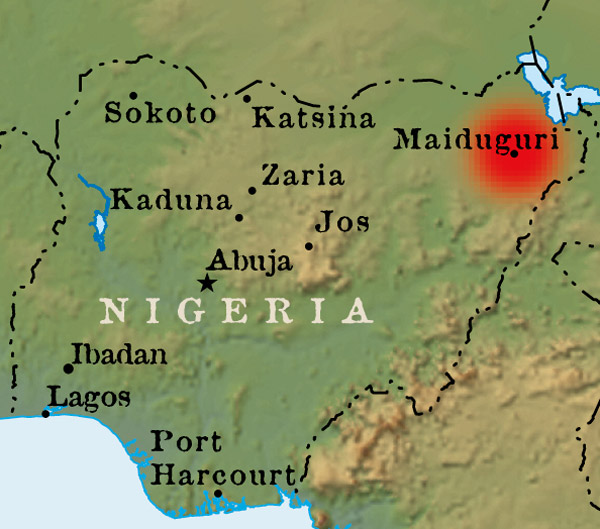 There is a common belief that amongst the 3 major regions in Nigeria,the North is the weakest link, though Its leaders have ruled Nigeria more than any other ethnic group (Ibrahim Babangida, Sani Abacha,Abdulsalami,Muritala Mohamed, Yakubu Gowon, Musa Yar’adua)

The sheer scale of violence in the North has been a real threat to Nigeria’s continued existence as a Nation and the north is generally blamed for squandering the nation’s wealth and leading the country to ruin.

The major problem attributed to northern Nigeria is lack of orientation and education. According to Yaned Afuwaj, a retired teacher and former president of the Southern Kaduna People’s Union, “before 1972, schools in the north were well equipped,there existed moral teaching including everything needed to make a good nation. The objective of government taking over the schools from british colonials was to suppress the general progress of the north”,he said. From Afuwaj’s view point,the government’s neglect of education reflects something deeper in the culture of the hausa and fulani, in hausa culture, no child, no matter how intelligent, could attend school unless he was the son of an emir or of the emir’s extended family. They wanted the administration of the community to be controlled by their children. This was at a time when Western Nigeria was promoting free education for all.

Northern Nigeria however was introduced to sharia Law through Usman Dan Fodio who promoted religious jihads. While Nigerians in other regions were orientated to question societal norms and to adhere to rules of moral justice and good conscience, Northerners were groomed to believe in the words of their spiritual leaders, they attributed all aspects of their lives to Islamic law and viewed everyone who did not follow their religion as infidels whose eradication they believe is their sole responsibility,these misguided people are called Almajiri,meaning people schooled in Islamic law but not in western education.

A census conducted in 2006 found that there were 1.2million Almajiri boys in Kano alone; recent national estimates put the total number of such boys at 10million. These Almajiris, in return for the Islamic education provided by the Mallam are required to provide support for him even as they fend for themselves usually by roaming the streets to beg for alms.

A UNICEF researcher found that 60% of these kids never return home.

The Arewa Youth Mobilisation, a non-governmental organisation some time ago presented statistics showing that 30 per cent of Northern Nigeria youths are street beggars

Wole Olabanji, in his “Almajiri (Coaxing an Evil Genie – The Almajiri Challenge”, published by Elombah.com said:

“These kids are then from an early age schooled in Islamic knowledge; in certain instances of a radical bent. Put that together with the fact they are not given any other knowledge or skills that will enable them participate in the economy and what you get are young adults who have lived deprived of parental love; who are excluded from the economic life of the society; and in many cases indoctrinated with radical, negative ideas about people who are different in some respect from them”.

“When the average 13yr old Southern Nigerian Christian female child is preoccupied with Introductory Technology as a school subject, her northern Muslim counterpart is discussing the upcoming introduction to her prospective in-laws with her envious mates (she is going to be the fourth wife). Trace the trajectory of their lives and you will find that when the southerner is entering university at 18, her counterpart is in the third trimester of her fifth annual pregnancy. When the southern girl is getting married at 27, it falls on the same date as the wedding of the first daughter of her northern friend, such that nine months later she is a new mother and the northerner is a grandmother – they are now generations apart”

Daniel Elombah in his article ” Nigeria; the turbulent North and the Almajiri threat (part 1)” noted that these religious and political problems stemming from the North is fueled by poverty, lack of education, neglect, ignorance, poor judgment and perceptions of their fellow Nigerians; due to lack of basic informational structure in place  to sustain the peace and harmony that we need to prosper as a nation.

He further stated that one other thing to understand about these problems is that, the brainwashing of the uninformed in the North will continue unabated, and as the epicentre of barbaric activities from religious intolerance in Nigeria.