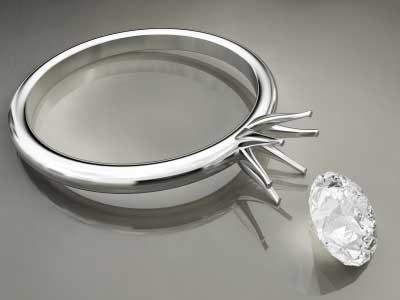 To Date A Married Man

I remember specifically the case of that guy in church. He had moved to Maryland from another State, and it was his first time visiting my church. He approached me and tried to sell his business to me, saying he could help my own business. At the end, business cards were exchanged. That evening he called and sang a different song. He wanted to know if he could take me to dinner, and if I could be his mistress. Brownie points for not being pretentious.

I learned a lot from him in that one conversation. I learned that he was married with kids, that his wife was pompous and thereby, the inherent cause of his displeasure and dissatisfaction, that monogamy was unnatural, that biblical men were never monogamous (like David), that infidelity actually makes a marriage stronger because when a man sleeps with another woman, it makes his wife more desirable, that he was going to give me money out of his school stipend whenever I needed it, that all I needed to do for him was keep him company by cooking for him, going on dates with him, and of course, letting him invade my privacy with the only appendage that makes him think he’s a man, and finally, that he will let me get married when it’s time. It was just the offer of my dreams. I cannot imagine why I turned it down.

But it was only a couple weeks later that he stood on the altar and sold his product to church, praising the Most High God, and saying how imperative it was to live a holy life and obey His word. And the congregation, they clapped for him and shouted alleluia, amen, and glory. And when he was done, they invested their hard earned money into his cock shit. They called it a sowed seed. I knew better. I sat and watched in horror as he led God’s people astray. And then, I prayed for God to help me, for it was not my place to determine if the ground should open up and swallow him or if lightening should strike through the ceiling and transport his soul to his forefathers.

As long as there are women who are willing to be cheated with, married men will always cheat. Should we then all point guns to our heads because there are guns willing to be shot, because we have the hands to shoot them, and because we have enough problems to want to end it all? When a man who is unable to handle the trials of life decides to take his own life, he is called a punk for taking the easy way out. But if this same man were to take the easy way out by cheating on his wife instead of just walking away, he is called *DRUM ROLL, PLEASE* … a man! Oh, but of course.

It was only last month that I made the acquaintance of Abiodun ‘Omoba’ Olubode at a mutual friend’s house. He calls himself Omoba. He was there with his wife and son. The conversation between me and Omoba did not go past gadgets. Specifically, Blackberry and Nikon. I saw him again a couple of weeks later at a naming ceremony where again, he inquired of my Nikon flash. When he added me on Facebook, I accepted because he was now officially someone I technically knew.

But Omoba sent me a Facebook message that changed the dynamic of things. He said he had dreamt about me twice the night before, that he thought there was something about me, that he did not know how to tell his partner, that he wanted me to keep his feelings between us –“no third party please” – and what did I think. I did not reply.

When listeners added me on Skype during the live show on Saturday morning, I accepted everyone as usual, only to realize that Omoba was one of the people who added me. The hawk had sneaked in with the chickens. He wanted to know my number, if I had received his messages on Facebook, why I had not replied his messages, and if I was worried about his marital status. I promised to reply his message on Facebook.

Days later, I had still not replied Omoba, and he took it upon himself to send several more messages, inquiring of my whereabouts and stating that he was sure I could not possibly be that busy. Of course not. What else could I have on my to-do list, but to reply Omoba’s messages?

Women have more reasons than I know of for dating married men: money, sex, love, infatuation, good looks, prestige, fun, lack of commitment, ignorance, etc. It is said that if one must eat a frog, then one should eat a very fat one. Neither wealth nor fame nor extreme good looks nor intellectual acquisition did Omoba have. Even at rock bottom, I would have no excuse. But what is it that compels his confidence?

When I replied his message and included a four-letter word that rhymes with his insatiable meatless appendage – the possible cause of all his problems – I also predicted his next move. And just like the fly that entered the grave with the dead body, he did as I said he would. He said it was not him, that he did not know what I was talking about, that his Facebook and Skype accounts were both simultaneously hacked, and that I should please explain to him what was going on. In spite of his alleged innocence, he went ahead to call several mutual friends, telling them to plead his guilty case. The smart ones knew better.

Whether or not women have – by their words and by their actions – enabled their husbands to start illicit affairs is not a subject for debate. The honest ones among us know what we have done and what we are capable of doing. That said, the decision to stay faithful and stick it out or seek pleasure elsewhere is still the man’s decision. It is still a choice, and just like every other choice, the one making it has to own full responsibility for it. And not every man has an enabling wife. Some men just want to eat out of both hands.

Omoba’s wife contacted me to commit the ultimate blunder, an epic fail in its entirety. Her husband, according to her, would never stoop so low. I agree with her. It is impossible to stoop to any kind of low when you are already at the bottom. There is only one time that a married woman should contact the alleged other woman, and that is when her husband has done everything in his power to get rid of her. In any other case, contacting the other woman is like changing her light bulb when there is no electricity. Whether she uses sixty watts, hundred watts, or halogen lights, they will remain off. She can contact the other woman from now till kingdom come, but he who contacts her last, contacts her best. And that would be the cheating husband.

If this entire piece reads as if I mostly hold the married man accountable for his affairs, it is because I do. Morally, it is clear that no woman should be romantically or sexually involved with a married man who is not her husband. But between the lawless woman and the married man, only one of them has made a vow and commitment to another woman saying that he will forsake all others and cling only to his wife, saying that he will stick by her, come what may, till life evades him. Records will reflect that that person is not the lawless woman.

People may be quick to blame the other woman, calling her a whore and a home breaker, but it is from the crack in the wall that the lizard crawls in. If the married man did not open the door of his home, the other woman would not be able to step in and do whatever she is accused of doing.

But what do I know? I am just an unmarried girl giving marital advice. I may soon be directed to go hug a transformer. If it is Optimus Prime, then I would not mind.

I am a writer, a blogger, and an online talk radio host. I am also a big dreamer and a perpetual laugher. I laugh hysterically at my own jokes, in my sleep, and at imaginary things and events, sometimes to the shock and detriment of people around me. According to my heart desires, I am the future wife of a very lucky man and the future mother of a confusingly identical set of twin boys (and their baby sister). The rest is not yet history.