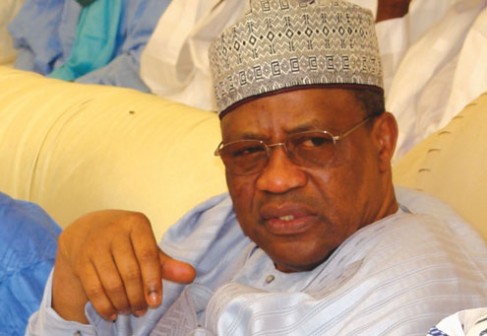 “Emphasis should be concentrated on provisions that would protect the rights of the individuals, especially the poor and rural dwellers. There should be Constitutional provisions to practicalise the fiscal federalism that Nigeria is supposed to be.

‘’This would make it possible for the three tiers of government to enjoy certain autonomy and not the present practice of joint accounts or making the Federal Government too overburdened or powerful. The time has come for us to devolve power to the constituent parts and make them more responsive to the needs of the grassroots. We must provide for the common man.”

According to Babangida, “the proposed single term tenure of six years has various dimensions.” Kassim said Babangida is of the strong view that the option is not Nigeria’s priority as of now. He frowns at the request on the basis that the nation has moved beyond this proposition. It is one of the issues that has been settled because several Constitutional conferences in the past have deliberated exhaustively on this issue before arriving at the present four year tenure.

‘’Former President IBB is of the considered view that President Goodluck Jonathan, should concentrate energy and attention on providing meaningful solutions to the socio-economic and political problems confronting us as a nation; namely; insecurity, poor economic development, declining GDP, depleting foreign reserve, the gargantuan domestic debts that have crippled investment, and adding to unemployment, and the growing restiveness in the land. All these issues are enough to occupy the attention of any serious-minded government rather than the talk of tenure benchmark.

‘’This request or proposal is too elitist and serves no useful purpose insofar it does not guarantee three square meals on the table of majority of Nigerians. The proposal therefore is wicked, outlandish, self-serving, deliberate distraction, and an outright contempt for the people.

‘’We should concentrate more energy on the urgent need to raise the bar for basic amenities and infrastructural development of the economy. We should encourage investment by strengthening the judiciary, empower the Legislature and support the executive to perform their statutory responsibilities. There are certain irreducible minimum which the government must be able to guarantee the populace.”

Please remind me, what did IBB do while he was President for 8 years? anybody…