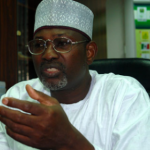 INEC – Independent National Election Commission recently de-registered and revoked the licenses of seven political parties who they said had under performed during the 2011 national elections. The Independent National Electoral Commission (INEC) stated that the de-registration of seven political parties that have no representation in the executive or legislative arms at federal, state or local government levels.

INEC stated that the affected political parties had been notified and barred from engaging in any electoral activities including but not limited to canvassing for seats in any electoral process.

Consequently, the Certificates of Registration earlier issued to these parties had been withdrawn.

The electoral body said the action was taken pursuant to the provisions of Section 78 (7) (ii) of the Electoral Act 2010 (as amended).

Parties affected in the de-registration exercise are as follows:

The development reduced the number of recognized political parties in the country from 65 to 58.