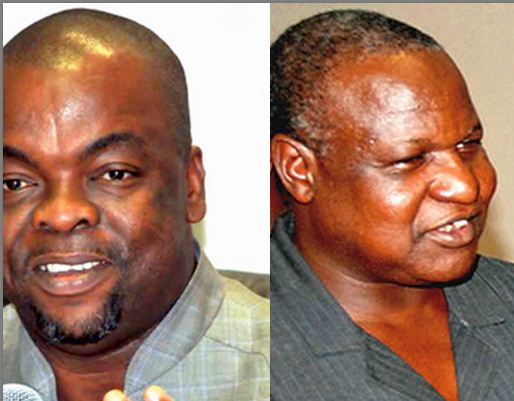 Yesterday’s talk between FG and the NLC ended in a stalemate after several hours of deliberation, the meeting was postponed and the minister of labour and Productivity, Mr Emeka Wogu said that both parties would reconvene to continue negotiations on Tuesday. The Acting General Secretary of the Nigeria Labour Congress, Mr Owei Lakemfa said  “There are no contending issues at all, its all about implementation. There will be no discrimination against anyone on minimum wage. The people know we are representing them. Workers know we will not betray them.”

The Governors of the 36 states under the umbrella of the Nigeria Governors Forum have said they will honor the agreement they reached with Labor on the 20th of July.

In a telephone conversation with Punch the Director-General of the NGF, Mr. Asishana Okuaru said, “The governors are not part of the ongoing negotiations with the NLC and TUC. You know that in our last meeting with them, an agreement was reached.

“You know that the ongoing negotiation is between the Federal Government and the labour, this does not concern the governors.”

The agreement reached between the Governors and the NLC titled “Agreement between the Nigeria Governors Forum and the Labour Movement Represented by the NLC and the TUC in Implementation of the National Minimum Wage of N18, 000.00.” read

“The 36 states of the Federation agree to comply with the new National Minimum Wage (Amendment) Act, 2011

“The States shall conclude negotiations with labour on the implementation of the new minimum wage not later than July 13, 2011

“Detailed negotiations on salary across board will be done with a view to effecting payments by August 2011, while modalities for payment of the minimum wage will be worked out according to the peculiarities of each state.

Based on this all the civil servants in the country might not earn the same salaries since labor would have to negotiate with the various governments of each state with regards to the implementation of the bill.