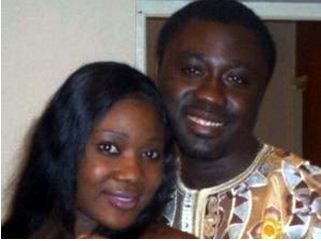 Given the recent controversies over the marital status of Mercy Johnson’s fiance. He, Prince Odianosen Okojie decided to clear the air by telling his own part of what has become a rather messy story. When interviewed by Nollywoodgossip,  Prince Odianosen Okojie  stated without reserve that his relationship with Lovely Okojie ended in 2007. Below is an excerpt of the interview:

A lady called Lovely Okojie claims to be your legally married wife. She said in an email to us that you’re planning to marry another wife without her knowledge and consent. Is that true?

Thanks for asking the true state of this scandal, yes I know the said Lovely, she is not my legally married wife anymore, the pictures and relationship she is talking about was dissolved in 2007.

Yes I am planning to marry another wife and seeing we’re not together since 2007, I don’t need her consent.

Once and for all, clear the air about your relationship with Lovely Okojie. Are both of you dating, married, or divorced, what’s the situation?

My early answer to your question says it all; I am no longer with her.

Lovely Okojie said on the phone with one of our reporters that you told her that Mercy Johnson was just a business partner and that you were in Nigeria to do some contracts and suddenly she started reading online that you’re going to marry her. Is that true?

We broke up in 2007 when she was having extra marital affairs, after the demise of the relationship, I relocated to Nigeria, and later heard she has moved to Canada, I can’t be living with her when she is based in Canada and I have been living in Nigeria all this years.

I met mercy in 2008 and we’ve been dating since then, Lovely surely knows why she is coming up with such lies to destroy my relationship, because I told her about this wedding myself last year 2010.

She supplied us evidence of your marriage to her and photographs of you playing with your lovely kids – and that touched the hearts of our readers. What do you have to say about that, are the proofs real?

Yes they’re real pictures taken long time ago, I love my kids and I always try to be in contact with them.

How long have you known Mercy Johnson (by known we mean dating her)?

Some of our readers said that it’s ok for a prince to marry many wives, but isn’t that usually with the consent of the other wife (wives)?

I am not a polygamist, and there’s no other wife or wives consents here, I love Mercy and that’s all.

Many are asking why Lovely Okojie waited for so long before taking her fight public, and we also got some information that some people may be behind this, could this be true, and if so, who and who do you suspect may be out to ruin your name and marriage and why?

I am shock to read her claims as well, it is very obvious she wants to ruin my relationship and present happiness; I don’t have any proof of people being behind her to tell these lies.

I am not a polygamist, like I said earlier. I love my Mercy and that it.

Tell us a little about yourself.

There is nothing to say about me, I am just me and it’s not the right time to be talking about my person, I only responded to these ridiculous claims from my past.

Is there something we didn’t cover in the interview?

Just wanted to state clearly here, this lady in question [Lovely]  was in Italy and now relocated to Canada,  I am not living with her, and all that happened was in Italy years ago before I relocated to Nigeria where I found my happiness in Mercy.

Who is lying? Who’s telling the truth?? Is this another “Wigwe family tale”? What do you think?