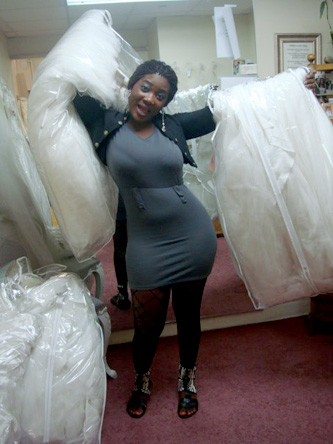 Amidst controversies, criticisms and wild speculations, popular Nollywood actress Mercy Johnson will be getting married to Prince  Odianosen Okojie on Saturday, August 27th. An official statement recently released by her publicist Bigsam read

Some called it a trial of love while others said it is a triumph of love, but for Mercy Johnson, it is simply a leap of faith.

We would like to formally inform the general public especially Mercy Johnson fans that after several legal and spiritual consultations, Mercy Johnson has decided to go ahead with the wedding plans.

MJ will be walking down the aisle come Saturday, August 27. She however urges her fans and friends to pray along with her and appreciates those who stood by her.