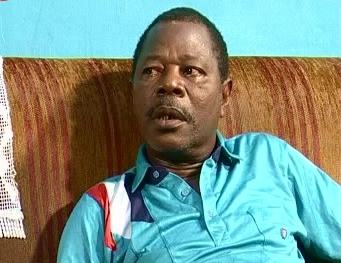 Veteran actor Sam Loco Efe suffered a heart attack on Sunday morning in his hotel room after returning from location at Oweri in Imo State.

Sam Loco Efe is widely reported to have died, the Actors Guild of Nigeria has also confirmed his death, but according to some other sources his heart attack was not fatal and he is still alive.

According to a source, Sam Loco Efe suffered a heart attack on location earlier Sunday and is gradually recuperating in a hospital in Owerri.

Genevieve Nnaji one of those that tweeted about Sam Loco Efe’s death is among those who say that Sam Loco EFe is still alive.
You can view a snapshot of her tweets below. 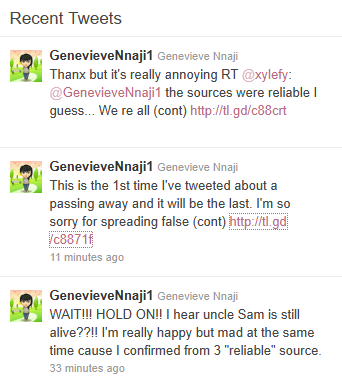