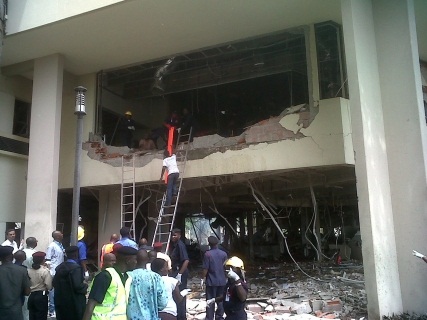 Security experts are blaming government bureaucracy and lethargy on the part of the intelligence community for the ease with which terrorists pick their targets leaving behind casualties.

Diplomatic sources told Sunday Vanguard that those charged with tackling the security challenges posed by Boko Haram are playing with the destiny of the nation. “See how these terrorists strike their targets at will. From tomorrow, you will see the National Security Adviser summoning meetings of security chiefs, you will see them blocking all the exit and entry points in and out of Abuja, yet simple intelligence have been failing them”, one of the sources stated.

The source said the attack on the UN building in Abuja could have been averted if the security and intelligence communities have been proactive and global in their interpretation of the events around them. “We warned that the events in the Arab world, specially the political turmoil in Libya, could filter to Nigeria because of the religious colouration.
Source: Vanguard Newspapers