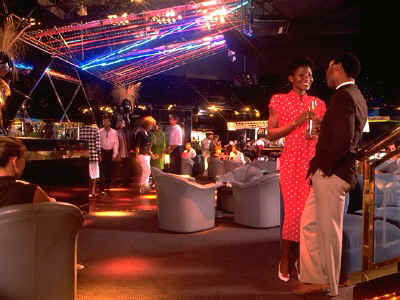 Ten female undergraduates were on Monday arraigned before an Igbosere Magistrates’ Court, Lagos for habouring and practising prostitution.
The suspects are Bimbo Duru, 25, Anita Nelson, 23, Imade Igbinosa, 26, Itua Christopher, 23, Isivehormen Imoni, 24.
Others are Blessing Ogbomudia, 26, Kate Ufort, 26, Sharon Uzor, 24, Margaret Macdonald, 25, and Tonia Ekong, 22. The name of the university they attend was not disclosed.
The women are standing trial on a three-count charge of managing a brothel, unhealthy conduct and engaging in prostitution.
The Prosecutor, Sgt Ngonbo Emby, said that the accused persons were on September 14 at about 10 p.m. at Ruxton Road, Ikoyi, found engaging in the unlawful act of prostitution.
He said that one of the accused, Duru,was being charged with allowing her residence to be used for the purpose of prostitution.
Emby said that the offence contravened sections 225, 250 and 249 of the Criminal Code, Laws of Lagos State, 1994.
The accused persons pleaded not guilty to the charges and were granted bail in the sum of N50,000, each and two sureties in like sum.
The Magistrate, Mr Adebayo Sonuga, said that the sureties should, preferably, be their biological parents.
He adjourned the case till October 3 for further hearing.
Source: PM News