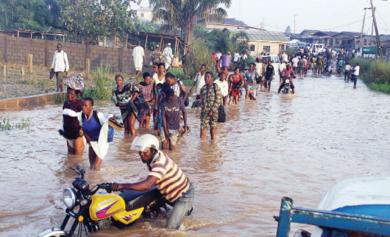 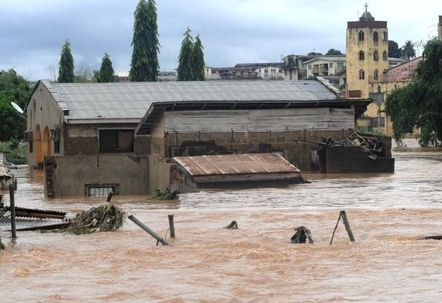 Reports made by the Red Cross with regards to the  flash flooding across Nigeria’s southwest state that the flood killed about 102 people last week. The humanitarian society also said that about 1500 people had been displaced by the floods. Several houses constructed in the flood-prone areas collapsed while a large number of uncompleted buildings were reduced to rubble at Odo-Ona Elewe and Apete.

The Prestigious University of Ibadan was also affected by the flood as the institution lost about N10billion worth of property as a result of the washing away of the Fish Farm with different species of fish valued at about N300 million, over flooding of the Zoological Garden leading to the death of animals, extensive damage of the Teaching and Research Farm and the destruction of books estimated to the tune of N2billion.

According to the report released by the Associated Press, the major area hit hardest by the floods remains the state capital, Ibadan. The report states that the heavy rains on Friday made a local dam in the area overflow, sending water crashing through the informal settlements surrounding the river banks. An official of Nigeria’s National Emergency Management Agency, Tunde Adebiyi said the water also damaged three bridges in the area, trapping people in their neighborhoods.

In an assessment after the flooding, the agency said more flooding would be likely in areas with inadequate drainage and improperly disposed trash. About 500,000 people were displaced by the floods last year.