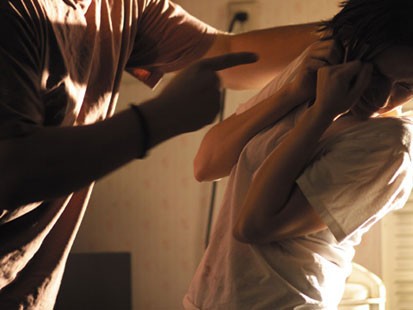 “The first time a dude raises his hand against me, I would make him regret it forever. And if that unfortunate man happens to be my husband, that is the end of that marriage. No man has that right!!”

Anybody who knows me well must have heard me say this a million times, and still counting. I have never been a supporter of abuse in any form, and will never stop being vocal about it.

Living in Nigeria, you get to see abuse in every corner… at home, in the school, in church, in the office, on the roads… it is a menace and yet no mention is being made of this scourge. Why is this? Is it because we have become so used to it that it has become acceptable?

A husband beats his wife up so bad and lands her in the hospital, when she is released her family urges her to go back to him “after all he is still your husband. Forgive and forget. Just bear the pain. That is what we go through, you are not the only one”. Forgive my French but What the hell?! Who made battery an acceptable offense? Did I miss something? Is there something I do not know?

Many people assume that if they are not being physically abused, they are not being abused. This is so not true. You may be in a relationship which is draining something from you, you might not have realised that your partner has eroded your self-esteem and happiness. A good number of us must have seen the Nigerian movie “RELOADED” that cast Ini Edo as the wife of an abusive man. He abused her physically but leant more on the emotional abuse. If you ask me, the physical abuse does not do half as much damage as the emotional abuse. Not strange then that it makes one want to strike back. You want to hurt as much as you have been hurt and this begins a vicious cycle that affects the unfortunate people around… kids, friends, and others.

Kids affected by this either decide that this is an accepted habit and see no qualms in meting it out themselves, or they are repelled by it and run a thousand miles away from anything related to abuse. Which category do you fall into? Have you ever asked yourself? Do you know? What do you do when you are pushed to the wall? Do you strike back or move back?

I once worked in an office with a high level of psychological abuse that had me constantly demoralised and questioning every ability I used to be sure of. I was well on my way to chronic depression. I found myself curled up in bed crying on some days, and other days I simply walked around with a smile masking a sad heart. It seemed I could not do anything right. I had been made to believe so. The funny thing is that I always got the job done but I was made to feel like what I did was insignificant and not worthy of any encouragement. I used to be so sure of myself prior to getting that job, but a few months into the job and they had me asking myself questions that I had no business with. Deep down inside of me, I knew I was all I thought I was and more. I knew I could stand my ground in any setting, but I had doubts pushing me. Luckily for me, I had people around me who believed in me and hated to see me doubt myself. They gave me the push I needed to submit my resignation letter and move on with my life. That turned out to be the best decision ever. I could have been there right now, walking with a slouch and taking the piss being dished out to me. Instead I am back to being the pretty confident young lady ready to take on the world and rule the space that has been allotted to me by destiny.

My post today is filled with the ramblings of an angry woman living in an abusive society. So pardon me if I seem to have no rhythm.

A lot of us seem to think that women are the sole victims of abuse, and this makes me laugh because women truly are the major victims of physical abuse but we dish out emotional abuse better than our counterparts. Our mouths are like the fingers of a trigger-happy man. Always ready to let loose. Sadly, a good number of us do not censor our words especially in the heat of anger. We seek to draw blood. You must agree with me that nobody comes close to a woman in the war of hurtful language. We seem to have been born with an arsenal full of words targeted at drawing the maximum level of blood possible.  The illustration below was culled from www.lilaclane.com; and it depicts the normal cycle of emotional abuse experienced by both sexes in a relationship.

The original three-phase Cycle of Violence theory was developed by Dr. Lenore Walker
The fourth phase was added by unknown persons in shelter handouts, pamphlets etc.

Does this cycle look familiar? It does to me, and it would to you if you were honest with yourselves.

Big Kudos to nollywood actress, Uche Jumbo for the movie “DAMAGE” that shed a lot of light on the scourge being suffered by many. We need to get the word out!! What do we gain from keeping quiet about it and having a nation filled with bitter, depressed, and vengeful people?

I could go on to write a thousand-page book on this (that is how passionate I am about it), but I can only say so much. The baton has been passed on to you. How far can you run?