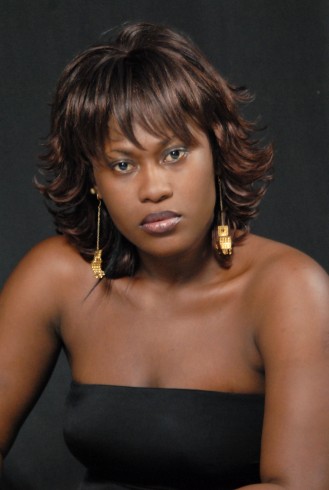 Unlike most stars, celebrities and public figures, Uche Jombo has not taken lightly the publication of a soft sell magazine that accused her of abortion and attributed her drastic loss of weight during her preparation for the movie Holding Hope to that cause. Uche Jombo speaking about how aggrieved she was over the smear on her integrity that the libelous publication caused has decided that she will not quit fighting until she gets justice against the softsell magazine.

She says the only panacea that would assuage her current disposition is justice from a court of competent jurisdiction.The negative impact of the “front page news”, which embittered Jombo described as “false and malicious” still haunts her, hence her reason for threatening fire and brimstone.

Speaking on the issue she said “You know how emotional I am. I have cried for smaller things but this one, I still curse the person, till tomorrow. It will only take God for me to see the person and not harm him. For me, that was my biggest scandal ever. It was really damaging and I won’t stop fighting till I get justice”,  she insisted.

About her plans to bring them to justice she said “Well, I’m currently in court with the soft-sell magazine, for writing what I have come to consider the worst media story in my entire life and career, which was completely false and malicious. During the world premiere of my second movie last year, Holding Hope, I lost so much weight deliberately based on my character as a Cancer patient only for this paper to write on their front page that I aborted a pregnancy at six months, hence the lost of weight,”  “It’s still all over the net, just Google Uche Jombo/abortion, you’ll see over 500 pages…That story nearly shattered my life, my family legacy and all that I have laboured for in my entire career, in fact, it almost killed me. When you say someone aborted a six-month-old pregnancy, you are not just saying it’s an abortion, you are equally saying that person is a murderer because, six months, a baby is already formed and I don’t know where any one gets off thinking you can lose weight by having abortion,” she defends.

I think it’s a good think these soft sell magazines get sued, people should do this more often. Someone can’t just wake up and choose to destroy years worth of another person’s reputation building just because they want to make a few bucks. Anyway if this soft sell is found guilty, how much do you propose they pay as a fine?