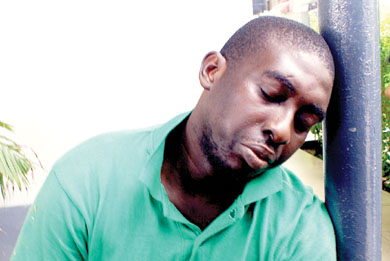 Alleged wife-killer Akolade Arowolo reportedly attempted suicide at the Ikoyi prison last week. Arowolo was said to have drank a very acidic substance in attempt to take his life. He was however taken to the Lagos University Teaching Hospital, Idi-Araba, Lagos, where he is still recuperating.

Although there are no details from the medical officer attending to Akolade concerning what happened, it was gathered that the suspect has undergone a stomach surgery as he can no longer retain food and is being fed through a tube.

Public Relations Officer, Nigerian Prisons Service, Lagos Command, Mr.Chuks Njoku denied the claims that Akolade ingested any harmful substances as he said there was no way an inmate could have access to toxic substances instead he claimed that Akolade’s condition was probably due to an illness which might have resulted from allergy.