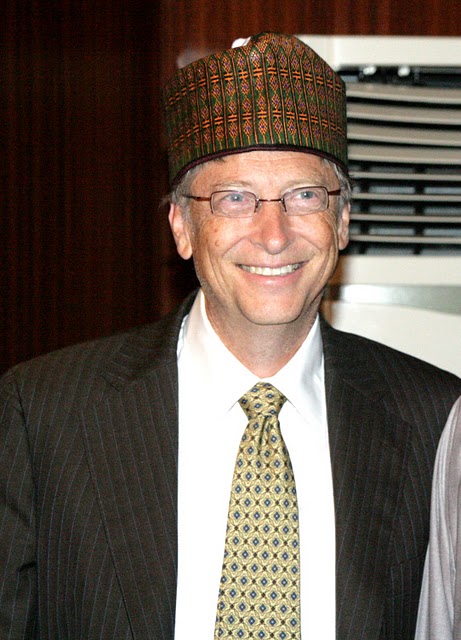 Microsoft co-founder Bill Gates has arrived in Nigeria to take stock of a campaign to rid Africa’s most populous nation of polio following a resurgence this year, his foundation said Tuesday.
Gates held talks with government officials and influential traditional leaders in Nigeria’s worst-hit northwestern region on Tuesday.
It was his first stop in a three-day trip, Michal Fishman, spokeswoman for the Bill & Melinda Gates Foundation, told AFP.
In 2009 and 2010, polio cases fell by 95 percent in Nigeria. The foundation said Nigeria’s commitment to eradicate the crippling, but vaccine-preventable disease was at its peak during that period.
But in 2011, it said, “attention to polio waned” and the disease has now re-emerged as a serious threat to children’s health, with 30 polio cases reported in six northern states.
However Gates was upbeat that Nigeria would win the war against the disease.
“Nigeria has achieved important success with polio over recent years and we are confident it can finish the job,” said Gates.
Nigeria is one of four countries — including India, Pakistan and Afghanistan — where polio transmission has never been stopped.
The UN has blamed the resurgence of polio in Nigeria on a drop in the number of vaccines while vaccination campaigns have also been met with resistance in parts of the country on suspicion the serum could be harmful to children.
The disease once crippled children worldwide and killed or paralysed 350,000 children in 1988. That was the year that a global effort was kicked off to try to make the disease only the second after smallpox to be eradicated.
Source: Reuters