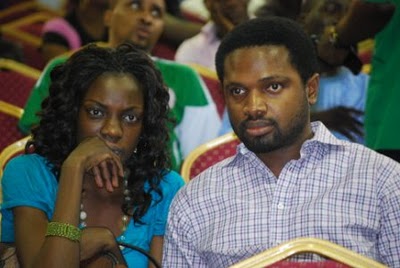 According to friends of the family Cobhams Asuquo has been showing a lot of excitement about his wife’s pregnancy.

Though the pregnancy stage can’t be determined at the moment, insiders hinted that the producer’s wife is at the first trimester stage and the couple has kept the news of the bundle of joy close to their chests and to just a few close friends.

Cobhams who was born blind is behind the success of popular acts like Omawumi, Banky W and Asa among others.

He tied the knot with Odunola on December 2, 2010 in a low-key affair that took place at the Redemption Camp of the Redeemed Christian Church of God on the Lagos-Ibadan Expressway.

The nuptial took several entertainment personalities by surprise as only few friends and family members were privy to it.