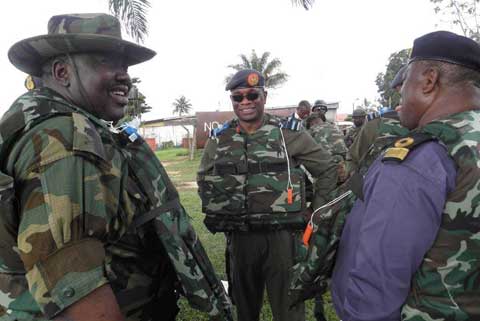 The Special Task Force in Jos, Plateau State has declared that it will shoot armed criminals in the state.

The STF spokesman, Capt. Charles Ekeocha, told newsmen in Jos on Sunday that it would no longer tolerate attacks on military personnel and innocent civilians by hoodlums in the state.

He said two soldiers were lying critically ill in a hospital after they were attacked by unknown persons.