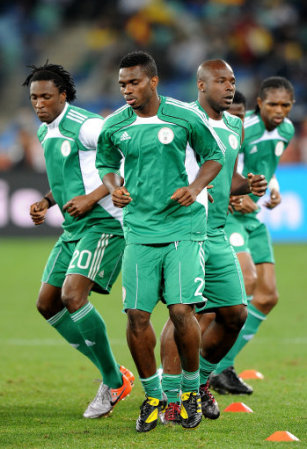 Nigeria prevailed in the match against Barea of Madagascar at Stade Municipal de Mahamasina in Antananarivo today as the Super Eager proved their superiority in a 2 – 0 victory. The match which was played today was the decider as to whether or not Nigeria would continue in her quest to reach the next year’s Nations Cup finals. The match created a lot of tension with some even hinting at Siasia’s resignation should Nigeria lose.

Joseph Yobo scored the first goal which provided the crucially needed inspiration. Obinna Nsofor did the job of landing the clincher, a second goal 25 minutes to the end of the match. The Madagascar team fielded their under 23 team after their senior team had put up a disappointing performance in a regional tournament match, the U23 team was however not formidable enough to outmatch the super eagles.

Should Guinea beat Ethiopia as expected in their match which is taking place later today, then Nigeria and Ethiopia would go on to battle for the Nations Cup ticket.