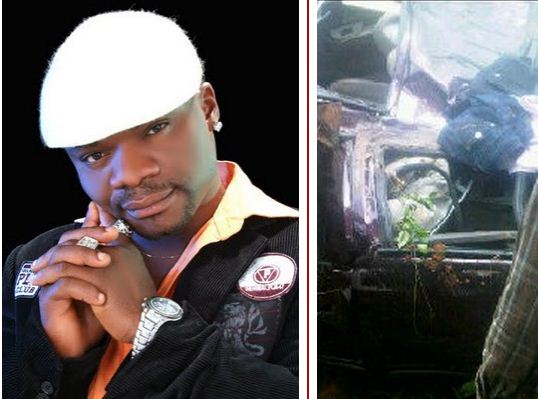 Nwaozo Obiajulu, Mc Loph, music star of the Osondi Owendi fame died today in a car accident along the Benin/Ore road some hours ago on his way to his traditional wedding in the east. He was said to have lost control of his Ford Durango SUV which he bought only a few weeks back, skidded and somersaulted into a ditch, he died before help could reach him.

His death represents another humongous loss to the entertainment industry in Nigeria. It is not yet known whether or not he was alone in the auto crash and how many people may have died alongside with him, however unconfirmed reports state that his Abia state-born wife, a medical practitioner was with him and was also confirmed dead.