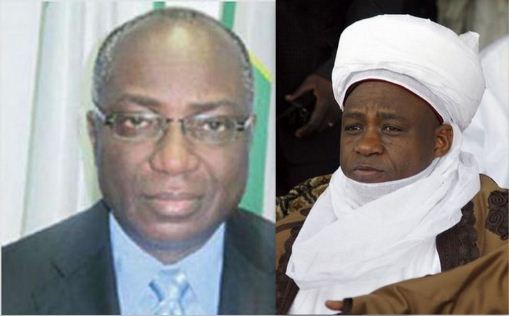 A recent release by Wikileaks has exposed the means through which terrorism suspects of Northern origin escaped trial and prison after arrest. The US cable released by Wikileaks had reference id: #08ABUJA538 was sent to the US State Department by a former US Ambassador to Nigeria, Dr. Robin Rene Sanders, on March 20, 2008.

According to the cable, prominent religious leaders of northern Nigeria and the SSS (State Security Service) reached an understanding for the secretive release and non-trial of terrorism suspects from the region. The SSS which is one of the security agencies that has been investigating the Boko Haram menace, especially since it escalated, is said to have done a great deal to stop the Boko Haram members from getting indicted. In the release the SSS is said to have gone to far length to ensure that the terrorism suspects were released to the religious leaders, even going as far as releasing some of these suspects despite been caught with explosives, arms and ammunition, or linked to the al-Qaeda in the Islamic Maghreb.

Not only that, even when what was described by an American official as “undeniable” and “overwhelming”  evidence had been found against the suspects particularly in the case of one out of the 12 suspects released, the SSS simply did not provide the court in which the man was arraigned, evidence  that could nail him. According to the former US ambassador, the SSS claimed the suspect’s release was facilitated because his health had failed. But Sanders countered that the suspect “did not appear to PolOff (political officer) in ill health, but rather in good spirits and fully coherent.”

Nearly all of the terrorism suspects arrested in the North are said to belong to the violent Islamic sect, Boko Haram. Sanders wrote that the deal was part of an SSS program called “Perception Management,” aimed to reform terrorism suspects and promote the notion that religious extremists in the region had no foreign affiliations. Among other conditions, terrorism suspects who benefited from the programme agreed to submit to routine monitoring by the SSS, report regularly to the SSS and abandon extremism.

The cable says the SSS programme was “aimed at de-radicalising and reforming Muslims, who have espoused or otherwise participated in extremist-cum-terrorist activities. Under this plan, individuals are released from police or SSS custody and entrusted to “sureties,” most of whom are imams or respected traditional leaders in the North.

The SSS allegedly persuaded some Imams to take the suspects under their wings. According to Sanders, some of the imams “contended that the so-called de-radicalisation efforts of the SSS were not only ill-conceived, but also ineffective, counter-productive, and unimpressive.”

“In late January, the Sultan of Sokoto (Nigeria’s preeminent traditional ruler and communal leader of Nigeria’s 70 million Muslims) told PolOff (political officer) (that) the Sultanate in concert with the 13 emirates of the North is “quietly” working to leverage influence on the region’s Islamic leadership to combat rising extremism and radicalisation of Muslim youth.

“A member of the Sultan’s inner circle told PolOff the SSS Director (General) reportedly gave the Sultan his assurance that the SSS would not legally pursue the suspects if the North agreed to take custody of them and “reform their ways.”

The cable claimed that Nigerian leaders and the Northern establishment in particular didn’t want terrorism to be associated with the country or the region.

“The release of the 12 individuals suspected of AQIM links and to planning terrorist attacks in Nigeria may be connected to overtures made by the SSS to northern traditional and Islamic leaders. While several imams have been reticent to concede that extremism (or terrorism) may obtain in the North, several others have told PolOff that they (and not the Government of Nigeria) are far more capable of dealing with extremism, contending that the matter must be dealt with internally, given local sensitivities and customs.

“In addition, the Sultan’s many public statements, remarking that al-Qaeda and terrorists do not exist in the North, may concern the North’s desire to protect its image. In any case, the Sultan has no special access to information to determine if terrorists indeed have inflitrated the country or not, or whether individuals are being actively recruited for terrorist activities. All the while, it remains important to note that while terrorism represents a salient issue for the USG, neither the GON nor the Islamic leaders we have talked with necessarily give it as much prominence as we would like or expect.”