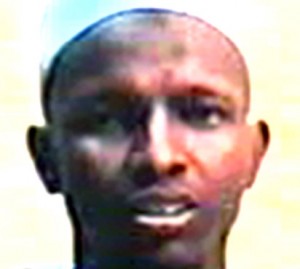 In what seems like a desperate attempt to get to the bottom of the suicide attack on the UN building bombing that occurred on August 26, 2011 and claimed 23 lives and maimed 150 others. The statement made by the SSS Spokesperson, Marilyn Ogar simply read:

“Attached herewith is a picture of Mamman Nur. He is still declared WANTED. A reward of twenty five million naira (N25, 000,000) is being offered for information that could lead directly to the apprehension or conviction of Mamman Nur. If you have any information concerning this person, please contact the nearest Police Station, Military formation or any other security agency.”

Earlier, the SSS had arrested two notorious leaders of Boko Haram, Babagana Ismail Kwaljima (a.k.a Abu Summaya) and Babagana Mali (a.k.a Bulama), over the UN building blast. They said the interrogation of both Suspects had provided useful leads and information however the supposed leader of the notorious Boko Haram sect still remains at large