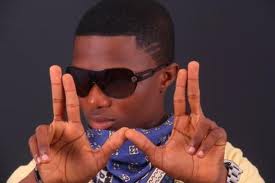 The latest gist in the Nigerian music industry is that Ayodeji Balogun aka Wizkid may be on the verge of making a collaboration with Akon as  Banky W’s EME entertainment may soon go into a collabo with Konvict music CEO Badara Thiam Akon even as Wizkid prepares to do a remix of his hit single Don’t dull.

Gist has it that Wizkid was performing live at an event in UK where incidentally the Konvict boss was also billed to perform. Akon watched Whiz Kid perform and immediately fell in love with the song.

After the performance he was said to have walked up to Wizkid to announce that he would love to do a collaboration with him and that was how the deal was struck. Although the reports have not been confirmed by Wizkid or his manager, with all the collaborations that Nigerian artists are having with foreign musicians it might not be too surprising if the reports prove true.