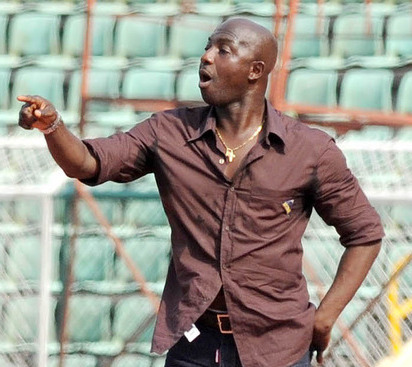 Former Nigeria coach Amosu Shuaibu has advised Samson Siasia to be tread with care in handling disciplinary issues with his players.

Amodu warned Siasia that the NFF, whose backing he seems to enjoy, will drop him like a leper the moment results stop going his way.

“I am absolutely in support of Siasia with his disciplinary measures, but he has to know when to apply the brakes,” Amodu said.

“The same NFF who are hailing him now will abandon him if he fails to qualify the nation for the African Nations Cup.

“The players are mature players and should be treated with respect to get the best out of them. It is becoming a fight too many for him and such things have a way of boomeranging.”

Amodu explained that he was misunderstood because of his way of handling the players.

“I respected the players because they are instrumental to the success of any coach. But many people misunderstood that to mean that I was not in charge.”

Siasia has had cause to lay down the law against the likes of Osaze odemwingie and Vincent Enyeama, with the active support of his NFF bosses, but Amodu warned that that assures nothing

“The same NFF who are backing him against these players would not think twice in deciding his fate. He should take it easy. I am an apostle of discipline, but he should watch his back,” Amodu advised.

Colin Udoh of Kick Off Nigeria