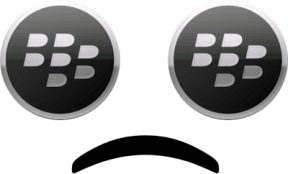 By now most of us must have heard of the major RIM server crash that de-capacitated Blackberry users in Africa, the Middle East, and Europe. One minute we were having conversations via BBM, tweeting, or responding to Emails and the next minute, our dearly beloved EDGE changed to 3G, effectively stopping all BIS enabled communication. Curses were rained on MTN, GLO, and every other BIS network providers. I for one was mad as hatters. I was having a business chat with a prospective client when I was suddenly cut off. I made up my mind there and then to switch to the GLO network, only for my friend using the GLO network to complain of the same thing I was suffering from… interesting!!!

It took me hours to realize that it was a bigger problem than we realized and no, it was neither MTN nor GLO, definitely not Etisalat. I had logged in to twitter via Tweetdeck since Ubersocial was a no-no thanks to the network and I saw a tweet from @blackberryhelp informing the entire Twitville about the RIM server issue that had crippled its users in Africa, Europe and the Middle East. Immediately I joined the league of others tweeting in celebration of Tweetdeck and wishing desperately for an Iphone.  Even while we were busy with our tweets, I am pretty sure a lot of people just like me, missed their BBM so much and the ease of Ubersocial.

I have just read through the first two paragraphs and I told myself… Theodora, get to the point already! Have you thought the same thing? If you have, then I sincerely hope that again like me, you have also realised the point I made in the last line of the 2nd paragraph without it being painted a fiery red. It can be defined with different words- “DEPENDENCE”, “RELIANCE”, “ADDICTION”, and several others. I feel like we should have groups like the AA where I can imagine myself saying “Hi. My name is Theodora, and I am a blackberry addict”. Have you any idea how many people worldwide would qualify to attend the group? MILLIONS!! Yes, you read right, millions! Everybody and their cat uses a blackberry and the wonderful thing about the blackberry is that it can help you organise your life socially and economically.

“You want to keep in contact with your friends? Hey, check out how wonderful BBM is (please do not mention Whatsapp, Liveprofile, et al) and of course you can tweet all you want and go on facebook as many times as you’d like to. After all we keep upgrading our OS services. You want to keep in touch with your business partners or clients, try the limitless email service we provide if the BBM is not enough for you!”

The blackberry has helped me out in several different ways hence my continued reliance on BIS services that I subscribe to without fail every month. However this may be, I know for certain that the blackberry has caused disruptions in our daily lives. The office is filled with people sneaking their blackberries under their desk to post a tweet or reply a BB message. Clubs are filled with people who dance while sending a twitpic or updating their DP on BBM. The PINGS are heard everywhere… in the cinema, the church, the office, schools, in the buses, on the roads… PING!! PING!!! PING!!!

In spite of this and the futile complaints from bosses and the like, I have to ask if the outage yesterday increased productivity. Because I know for sure that a lot of people spent their precious time sulking and every 5minutes, they checked their blackberries to see if they had gotten a Ping from someone (maybe, just maybe the issue had been fixed?). Twitter was filled with irate blackberry users who missed the BBM. I was one of them. I should know. So did the crash yesterday help with productivity levels? Where am I going to with this article? I do not know, but somehow I will make some sense out of it.

Nigeria has gotten to the level where our reliance on social networking is at an all-time high. While this is wonderful, I have to ask… what happens to our lives outside of the blackberry, twitter, facebook and every other social network we are hooked on?

I started this article with the intention of ranting about the BCs we always get on BBM promising death, fire and brimstone if we do not re-broadcast every single BC. Somehow, I found myself talking about something else and it all started with me waking up to 15 different broadcasts asking me to re-broadcast a supposed message from RIM or lose all my contacts. I have never bought into this BS and I will not start now. RIM has a way of contacting users by sending a server message or something and not a message without origin threatening me. So I guess this takes me back to the title of this article. Dear BB users, STOP WITH ALL THE BCs!!!

And if you are smirking in self satisfaction because you use an Iphone, an android, or a Samsung SII… but somehow you still understand every BB-speak I have used in this article (DP, BC…), honey you are just as caught in this web as we are.