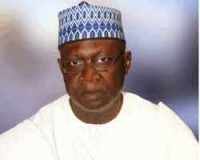 Saba, at a sensitisation workshop with theme “Raising integrity in the public service,” organised by his Bureau for public officials in the employ of Kaduna State, said that “corruption had permeated in our national life making the majority to suffer physical and material deprivation.”

Similarly, a renowned Accountant, Bashorun Jaiye K. Randle, has argued that the financial recklessness and endemic corruption hindering the nation’s growth are traceable to a serious lack of integrity, honesty, sincerity and professionalism the ranks of the country’s financial managers, especially those saddled with auditing private and public accounts, including regulatory bodies.

Randle stated this in Lagos at the public presentation of a book, My Destined Career: 50 Years of Accountancy Stewardship, written by Sir Simeon Oguntimehin.

Saba said it was a well-known fact that the public service at the federal, state and local council levels had been subjected to several reform initiatives meant to curb the menace of corruption, which had failed to yield the desired results.

According to him, although the 1999 Constitution had established the Code of Conduct Bureau and its Tribunal to check the destructive effects of corruption, the task of enforcing the Code could hardly be carried out without the citizens insisting on public accountability, which he said could be promoted by reporting breaches of the Code by any public officer to the Bureau for appropriate sanction.

Saba stated that the workshop was essentially to refresh participants’ minds on the acceptable codes of behaviour in the performance of their duties, which he stressed, was public trust.

He charged them to make the best of the workshop in order to invigorate their capacity to engender good governance.

Reviewing the book, Randle stated that it was ironic that practitioners of the accounting profession, which demanded elevated tenets, had failed in recent times to uphold such values.

He lamented that accounting managers had squandered so much of Nigeria’s resources, so much so that the late Attorney-General of the Federation and Justice Minister, Chief Bola Ige, had demanded that auditors’ reports be counter-signed by lawyers before they could pass the credibility test.

Randle wondered what had gone wrong with charted accountants in the “areas of honesty, accountability, integrity, sincerity, reliability, diligence and professionalism.”

He also bemoaned the state of auditing failures that had caused the collapse of such energy giants like Enron in the United States (U.S.) and lately some banks in the country resulting in a swift intervention by the Central Bank of Nigeria to save investors’ savings and confidence.

Randle described the author, Oguntimehin, as a “diligent, persevering and hardworking man for whom nothing had come easy and for whom life had been no joke.”

Also, Chairman of the event, Chief Olu Akinkugbe, listed the virtues of the author to include punctuality, reliability in his job as an accountant and loyalty as a friend.

At the book presentation were doyen of accounting practice in the country and Special Guest of Honour, Mr. Akintola Williams, Brig.-Gen. Mobolaji Johnson, Prof. Alaba Akinsetan, who represented the Osemawe of Ondo; former ICPC chairman, Justice Emmanuel Ayoola; the author’s wife, Lady Victoria; and Mrs. Janet Akinkugbe, among others.