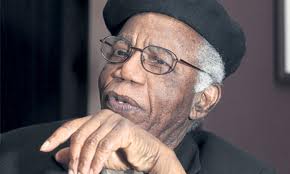 Few days after spurning a national honour bestowed on him by the federal government, the world acclaimed writer and novelist, Chinua Achebe has announced a colloquium to examine governance in Africa which will focus on several crucial issues impacting Africa and the world, including the Arab Spring, the ongoing crisis in Darfur, China’s presence in Africa, and the political crisis in Zimbabwe.

The colloquium holding on Saturday and Sunday, Dec. 3-4, 2011, at Brown University focuses on several crucial issues that are impacting the continent and the world, including the Arab Spring, the ongoing crisis in Darfur, China’s presence in Africa, and the political crisis in Zimbabwe.

A press release sent by his son, Dr. Chidi Achebe to the media, said the event to be hosted by the Brown University in the USA will be held Saturday on and Sunday, Dec. 3-4, 2011. This will be Brown’s third annual Achebe Colloquium on Africa.

The Colloquium brings together an international group of scholars, officials from African governments, the United Nations, the United States, the European Union, and other organizations for two days of intense deliberation and exchange of ideas on the importance of strengthening democracy and peace on the African continent. The event is free and open to the public, but registration is required.