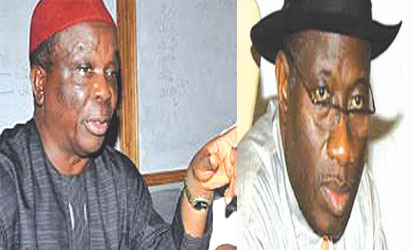 AS the November 22, 2011, date agreed for implementation of the FGN/ASUU 2009 Agreement expired with nothing done and government seemed adamant, university lecturers may return to the trenches for an indefinite strike anytime from now.

Academic Staff Union of Universities (ASUU) National President, Professor Ukachukwu Awuzie, while speaking with Vanguard Education, said he does not know what will happen after this expiry date.

When reminded about the November 22 deadline, he said: “Yes, the deadline has come and nothing happened. They (Federal Government) chose that date, not the union. We didn’t give government that date. They chose it themselves.”

On what will be the next line of action: “Nothing has happened for now. I cannot do anything on my own. I will go to NEC who will advise me. I don’t know what NEC will say. I won’t pre-empt NEC decision by telling you what will happen next.”

When will the NEC meeting be convened?

Awuzie said that from comments of members and chairmen of ASUU branches in several universities across the country, they are not happy. “Our members are worried,” he noted.

Our investigation showed that government is still non-challant towards the agreement despite pleas from several well meaning quarters. Instead of working towards the implementation of the agreement, both federal and some state governments had dissolved the governing councils of the universities which ASUU claimed the decision “did not follow due process.”

ASUU called for the reinstatement of all the dissolved governing councils for them to complete their various terms.

Earlier, the union had issued a statement requesting the Federal government to ensure complete implementation of the FGN/ASUU Agreement on or before November 22 to avoid industrial disharmony.

Issues on the table as regards the 2009 ASUU/FGN pact are funding – a demand for progressive increase of yearly budgetary appropriation of 26 per cent between 2009 and 2020 to education.

Setting up of Research and Development unit by companies operating in Nigeria and teaching and research equipment.

Payment of earned allowances. Amendment of the pension/retirement age of academics in the professorial cadre from 65 to 70 years.

That the existing FG/ASUU Agreement 2009 Implementation Monitoring Committee should co-opt the Federal Ministries of Finance, Labour and Productivity and Budget Office.

It will be recalled that in 2009, an agreement was signed with Deacon Gamaliel Onosode, pro-chancellor and chairman of Council, University of Lagos who headed the government team on the renegotiation committee that included Dr. Wale Babalakin (SAN) then chairman, committee of Pro-Chancellors of Federal Universities, the two ministers of Education at that time — Dr. Sam Egwu and Aishatu Jibril Dukku, the then Permanent Secretary Ministry of Education, Prof. A. Afolabi, Executive Secretaries of NUC, Prof. Julius Okojie and ETF, Prof. Moshood Yakubu.

On ASUU side were the National President, Prof. Awuzie, two former Presidents of the union, Dr. Dipo Fashina and Dr. Abdulllahi Sule-Kano. Both sides signed the agreement in which only some aspects such as increment on salaries of university lecturers had been implemented.