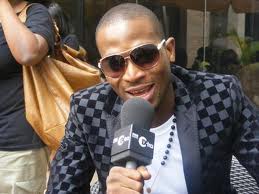 Popular Hip-Hop musician Dapo Oyebanjo, also known as D’banj is to be honoured at the forthcoming 2011 CHANNEL O MUSIC VIDEO AWARDS, organizers have announced. The Entertainer will be given a Special Recognition award on Friday, November 11, 2011, during the awards ceremony.

With the recent news, D’banj follows in the footsteps of past winners K’Naan, Brenda Fassie and George Lee in 2010, 2009 and 2008 respectively.

D’banj, who co-hosted the awards show alongside DJ Sbu back in 2007, has shown impressive qualities as an African artiste in his six-year musical journey. He has released three solo albums ‘No long thing’ (2005), ‘Rundown Funk U Up’ (2006), ‘The Entertainer’ (2008) and the anticipation for his fourth –  ‘Mr Endowed’ increases by the day.

It’s really an honour for us to be celebrating an artist such as D’Banj for this year’s Special Recognition Award. Besides the obvious success that D’Banj has had, one of the stand-out factors is that his career, his success and his path run parallel with the growth that we have seen in the African music industry since the inception of the Channel O Music Video Awards. To us he represents a breed of African urban artists who are the African dream’, says Leslie ‘Lee’ Kasumba, Channel O Africa Manager.

As announced earlier, the awards show will be hosted by Nigerian R&B singer Banky W and South African O-Access presenter Dineo Moeketsi and broadcast live on Channel O from the Sandton Convention Centre.