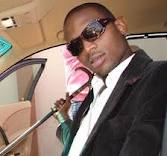 News reaching us from our credible sources comfirms that popular Nigerian Hip-hop artiste D’banj will not be attending the Channel O Music Awards as announced earlier. D’banj will be missing from the stage this evening Friday, November 11, 2011 as he is honoured with a ‘Special Recognition Award‘. Sources in South Africa are telling us that D’banj allegedly told the organizers he has ‘bigger issues to deal with’. The Channel O producers are now in last minute rush trying to trouble shoot. But those close to D’banj, and who are familiar with the developing situation say he was actually at the airport yesterday (Thursday) prepared to travel to South Africa for the event. ‘He turned back when he realised they got him an economy return ticket. D’banj only flies ‘First Class’, an insider told us early today. As reported earlier, organizers of the 2011 edition of the awards had announced that D’banj (real name Dapo Oyebanjo) would be given a Special Recognition Award during the ceremony. We are told that someone has now gone to his residence in Lekki, Lagos, to record an acceptance speech which will be played during the show when his award is announced. Mo’Hits manager, Sunday Are also confirms the news. ‘No he won’t be going to South Africa for the awards, that’s all I can say for now‘, Are told NET.Other Nigerian acts such as Banky W (who is co-hosting the show) R&B Waje and pop singer Wizkid have already touched down in South Africa and are preparing for the show. An E-mail sent to Mo’Hits boss Don Jazzy was not replied as at the time of this report, just as we could not immediately reach D’banj for comments. According to Leslie ‘Lee’ Kasumba, Channel O Africa Manager, D’banj was chosen for the award because he has shown growth in his career over the years and he represented a breed of African urban artists who are the African dream. Out of a of 14 categories, 15 Nigerian artistes have made the list; 2Face Idibia,D’ banj, Naeto C, Banky W, Wizkid, Darey, Waje, Ice Prince, Brymo, Samklef,Jesse Jagz, Flavour, Tiwa Sawage, J Martins and the amazing vocalist Asa. The awards show will take place at the Taboo Sandton in Johannesburg, 9PM.