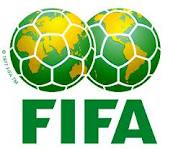 In separate documents on the two players sent to the Nigeria Football Federation (NFF) on Monday evening, FIFA declared that both players have been cleared based on the entire documentation remitted by the NFF and the Football Association.

Ameobi, of English Premiership side Newcastle United FC, and Moses, who also plays in the Premiership with Wigan Athletic, would be glad with the decision of FIFA’s Single Judge on eligibility.

“After having thoroughly examined the entire documentation remitted by the Nigerian Football Federation, the Single Judge concluded that the player Victor Moses fulfils the objective prerequisites as provided for in art. 18 par. 1 of the Regulations. In particular, the player has never represented the Football Association representative team at “A” international level.

“Furthermore, the Single Judge also took due note of the fact that, based on the document dated 7 July 2011, issued by the “National Population Commission” in Garki, Abuja, Nigeria, the player in question already held the Nigerian nationality before representing England for the first time in an international match in a U-17 official competition on 23 March 2007, as he is an Nigerian citizen by birth”.

The same statement was made in the case of Shola Ameobi.

The decision was made on 26 October, 2011 by the Single Judge of the Players’ Status Committee, Chuck Blazer (USA).

He underscored: “The request made by the Nigeria Football Federation and the player for change of association team is accepted”.