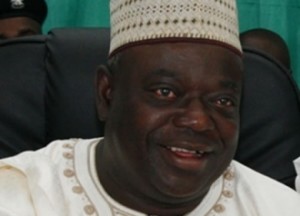 Governor of Niger State Babangida Aliyu on Monday said that the governors of the 36 states of the federation did not at anytime oppose the operation of the Sovereign Wealth Fund.

This is just as the former Governor of Kwara State, Dr. Bukola Saraki, expressed support for the creation of the SWF, saying it would help the country to save money every year.

Aliyu, who spoke in Abuja during a programme to commemorate 50 years of capital market regulation in Nigeria, however, noted that what the governors were against was the manner in which the fund would be invested in key sectors of the economy.

The conference, which was organised by the Securities and Exchange Commission, was attended by the Minister of Trade and Investment, Mr. Olusegun Aganga; Governor of the Central Bank of Nigeria, Mr. Lamido Sanusi; Director-General, SEC, Ms Arunmah Oteh; and the Commissioner for Insurance, National Insurance Commission, Mr. Fola Daniel.

Aliyu, who is also the Chairman of the Northern Governors Forum, said, “No matter how good our economic policies may look, if they don’t translate into the good of majority of Nigerians, then they are only theories.

“I must say on behalf of my colleagues that none of us is against the SWF, if we are, it wouldn’t have passed the National Economic Council. But we are concerned with what will happen to the investment and that is the only the area of departure.”

He also questioned the continuous importation of petroleum products by the country, saying only a few Nigerians were currently benefiting from fuel subsidy.

Aliyu said, “People must understand why our refineries are not working because some few people are enjoying this so called oil subsidy.

“Because if those refineries work fine, there will not be any basis for oil subsidies but they know the losers if they allow it and we must find this small group.”

Supporting the governor’s position for the removal of subsidy, the panel of economists at the event unanimously agreed that the Federal Government needed to discontinue the policy in order to stimulate investment in key sectors of the economy.

For instance, the Managing Director, Financial Derivatives Company Limited, Mr. Bismarck Rewane, said that the removal of subsidy would help address the imbalance in the petroleum sector.

But Aganga, who is the brain behind the SWF, insisted that the fund still remained a potent investment pool of capital that could fast-track economic growth and development in the country.

He said, “The Sovereign Wealth Fund is a potent pool of investment capital that will fast-track economic growth and development.”

“When I assumed office as the Minister of Trade and Investment, I declared that we would gear efforts towards attracting private capital to enable us attain the rate of growth this government aspires.

Saraki, who spoke with reporters at the Murtala Mohammed International Airport, Lagos on Monday, said improper perception of the concept of the fund was responsible for the criticisms and opposition to its establishment.

“I think the SWF is good; no amount is too small; it will take time to build it up, every year, some money will accrue to it,” he said.

The former governor, who is a serving senator, advised the Federal Government “to find a middle ground pending when constitutional review is carried out.”