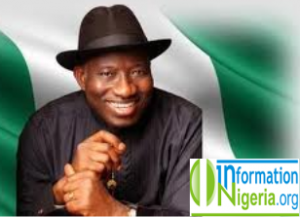 In a statement, the president said Ibru contributed immensely in shaping Nigeria’s media industry, setting the standard for the industry with the publication of high quality newspapers.

“This man, whose life recorded a pattern of good works, has definitely gone too soon. Many will remember him for founding The Guardian Newspapers which set the tone for independent and balanced journalism in Nigeria. Those who knew him closely will remember him for his life’s work of quiet philanthropy,” the President said.

President Jonathan recalled Ibru’s service to the country as Minister of Internal Affairs, noting that he was devoted to the promotion of reconciliation and national stability in the wake of the post-June 12, 1993 electoral crisis.

“The country benefitted from his wealth of experience and peaceful disposition. He believed in and sowed his life as a seed to God by, amongst other things, building up the Ibru Centre to advance the study of religion and religious harmony. We can see that his life demonstrated that he valued his relationship with God, with man and with his family,” Jonathan added.

According to him,  “Nigeria has lost an astute businessman, and a committed nationalist who willingly accepted to serve the nation when the odds may have dictated otherwise.”