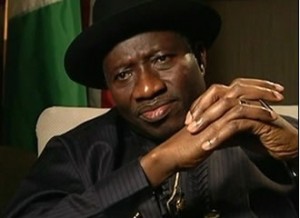 President Goodluck Jonathan on Tuesday bowed to pressure from some unnamed persons as he stopped the swearing in of the newly-appointed Chairman of the Independent Corrupt Practices and other related Offences Commission, Mr. Francis Elechi.

Elechi was initially billed to be sworn in alongside five other members at the Council Chambers of the State House, Abuja.

He also swore in Ambassador Lawrence Nworuku as the Independent National Electoral Commission’s commissioner for the South-East.

But shortly after administering oath on the five ICPC members, Jonathan said he decided to put Elechi’s swearing in on hold because of some “disturbing calls and reports” he received on the chairman-designate.

Although, he did not give details of the calls and reports, the President said he had been inundated with the reports since last Wednesday.

He said commissions such as the ICPC, the INEC and the Economic and Financial Crimes Commission were too sensitive to be gambled with.

In the interim, Jonathan said a member, Mr. Nta Ekpo, would function as the chairman until all issues relating to Elechi were sorted out.

He said, “The chairman could not follow the oath taking this morning because from about Wednesday last week, I started receiving disturbing calls and reports. In case of bodies like INEC, ICPC and EFCC, the President should be very careful about the opinion of people.

“A minister can come in and go the next day, but in case of INEC, EFCC and ICPC, you cannot gamble with them and that is why when we were to inaugurate the board of INEC the same thing happened, there were protests that there were some PDP members.