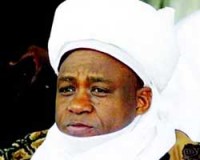 NIGERIAN Muslims joined their brethrens across the world at the weekend to mark the start of a new Islamic calendar year, 1433 After Hijra (AH), which is postmarked with the flight from persecution of Prophet Muhammed (SAW) from Mecca to Medina and known as Hijra in Islamic history, theology and jurisprudence.

Christians in Nigeria yesterday marked the Advent day, which is the beginning of the Church Year for most churches in the Western tradition.

According to Bishop Peter Adebiyi, Bishop of Lagos West of the Anglican Communion, advent is the beginning of the Christian calendar, which is usually on the fourth Sunday before Christmas Day.

Historically, the primary sanctuary colour of Advent is purple. This is the color of penitence and fasting as well as the colour of royalty to welcome the Advent of the King.  Purple is still used in some traditions (for example Roman Catholic). The purple of Advent is also the colour of suffering used during Lent and Holy Week.

Advent is marked by a spirit of expectation, anticipation, preparation and longing. There is a yearning for deliverance from the evils of the world, first expressed by Israelite slaves in Egypt as they cried out from their bitter oppression. It is the cry of those who have experienced the tyranny of injustice in a world under the curse of sin, and yet who have hope of deliverance by a God who has heard the cries of oppressed slaves and brought deliverance!

As part of the celebrations, Founder/Chief Missioner, Morkas Salam Society or Islamic Peace Society, Sheikh Moshood Ramadan Jubreel, in his new year message, congratulated all Nigerians for witnessing the new Islamic calendar but lamented the decadence creeping on the nation in the form of homosexuality and lesbianism.

Sheik Jubreel also urged President Goodluck Jonathan to shelve the fuel subsidy policy even as he asked members of the Boko Haram sect to stop their terror campaign and embrace peaceful means of getting their grouse addressed.

The revered Islamic cleric also charged the Federal Government, especially the National Assembly, to resist pressure from “world powers” to legalise homosexuality and lesbianism, stressing that Nigeria must reject all foreign aid, grants and loans tied to “these deviant and perverted ways of life because they run against the grain of Allah’s injunctions in the Holy Quran and the Hadith.”

Jubreel commended the Nigerian media for their efforts towards nation-building and assured journalists of Allah’s  “boundless and bountiful rewards here on Earth and the Hereafter, as you continue to show the people the path to life as we clerics do from the pulpits, even if the government does not commend you.”

He especially charged students to shun “ungodly acts like cultism, drug abuse, homosexuality and lesbianism,” stressing that “these are ways that might seem upright to students now but the end of it is destruction because Allah said that he would still use the same means he used to destroy the perverts of Lut’s (the biblical Lot) days to destroy today’s deviants.”

The Islamic leader enjoined all Muslims to reflect on the Hijra and the hardship the Prophet (SAW) and his companions suffered as a result of their flight from persecution in Mecca, saying if the faithful persevered as the founder of Islam, “they shall also be rewarded by Allah with their hearts’ desires.”

Jubreel prayed Allah “to grant leaders at all levels of government the wisdom and means to solve our nation’s challenges.”