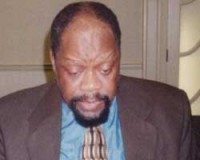 The Action Congress of Nigeria (ACN) said that Odumegwu-Ojukwu’s  death robbed Nigeria of a veritable voice of wisdom at a critical time in the country’s history.

Citing his leading role in nation building, the House of Representatives has called on the Federal Government to immortalise the  late Odumegwu-Ojukwu.

President of the Senate, David Mark and his deputy,  Ike Ekweremadu described the late Odumegwu-Ojukwu as a hero and an Iroko

In a statement  by his Special Adviser on Media, Kola Ologbodion , Mark said that Odumegwu-Ojukwu remained one of the greatest Nigerians that ever lived.

He noted that Odumegwu-Ojukwu was a great fighter who stood for justice, equality before the law, fairness and freedom to all citizens.

In a statement issued by his Media Adviser, Uche Anichukwu,  Ekweremadu said that the story of Ikemba Nnewi was like an interesting folktale which every well meaning Nigerian would have naturally wished it never came to an end.

“A mighty Iroko has fallen and a big masquerade has touched the ground,  Ojukwu was a legend, intellectual, patriot, and a great statesman who contributed immensely to the development of the nation’’, he said .

“We are calling on President Goodluck Jonathan to immortalise this gentleman, officer, courageous, successful politician and a leaders’ leader,’’ the chairman, House Committee on Media and Public Affairs,  Zakari Mohammed, said in a statement.

Also, Deputy Speaker of the House, Emeka Ihedoha said that Odumegwu-Ojukwu played a great role in the evolution of Nigeria’s socio-political history.

“Love him or hate him, his landmark contributions in making Nigeria what she is today cannot be dimmed by his passage to the great beyond,’’ he added

In a statement issued in Lagos yesterday by its National Publicity Secretary, Alhaji Lai Mohammed, the ACN described Odumegwu-Ojukwu as a man whose own personal history was closely intertwined with that of Nigeria, hence

the country’s history would be incomplete without a reference to him.

‘’Chief Ojukwu actions in his lifetime impacted hugely on the history of Nigeria and helped shape the country’s destiny. More importantly, his endless quest for fairness and justice was reflected in his unmatched love for his

people, and the sacrifices he made on their behalf,’’ it said.

The President , Christian Association of Nigeria (CAN) Pastor Ayo  Oritsejafor said that  Odumegwu-Ojukwu’s death was tragic and a huge loss to Nigeria. He said that  he  would be remembered as one of the brave soldiers in the history of the country. “His boldness and courage in defending and fighting for the interest of his Igbo clan cannot be forgotten”, he said.

Col. Abubakar Umar (rtd) and the Governor of Kaduna State, Mr. Patrick Ibrahim Yakowa said that that his footprints in history would continue to remain visible .

The Arewa Consultative Forum (ACF) said that  Odumegwu-Ojukwu stood to fight for his people at all times.

The Forum’s National Publicity Secretary, Anthony Sani, in a statement said : “Chief Ojukwu was a seminal figure in Nigeria. To some, he was a symbol of patriotic courage who went as far as efforts could go to fight for his people who wanted their burden lifted and barriers to realizing their rights broken.

“To some others, the chief cut across the grain. And that is why the history of Nigeria cannot be written without a page for Chief Ojukwu. That may also account for why however we love and miss the late chief, we cannot trade places with those who directly bore the brunt of his actions at some point in history. May his soul rest in peace.”

Umar (rtd) said, the late Odumegwu-Ojukwu “was such a great man. I had a lot of respect for the late Ikemba . I remember in 1986, I invited him to Kaduna as one of the important guests at the launching of Kaduna State people’s reorientation campaign.”

Umar said further: “Chief Ojukwu was a great military leader, a brilliant military officer and in spite of all that happened between 1966 and 1970, he was a great Nigerian. We will therefore remember him as such. He is a great loss to Nigeria and a great loss to humanity. He was such a brilliant man and he died at a time when we need the counsel of elders like him. We pray to God to have mercy on his soul.”

In a statement by his media aide, Mr. Reuben Buhari,  Governor Yakowa remarked  that “His love for equity, justice and fairness will always stand him out as one of the greatest personalities in modern Nigeria.”

The World Igbo Congress [WIC] described him as “our pride of the Igbo Fleet.”

In a statement, the All Nigeria Peoples Party (ANPP) National Chairman, Dr. Ogbonnaya Onu described the late Odumegwu-Ojukwu as a great Nigerian who stood firmly for what he believed in and remained tireless in his pursuit for justice and equity. Odumegwu Ojukwu was one of the founding leaders of the party and a  member of the Board of Trustees (BoT).

The wife  of  the late former Biafran leader, Bianca Ojukwu , will return to the country tomorrow from London where she had been attending to her husband.

A family source told The Guardian at Odumegwu-Ojukwu’s residence in Enugu yesterday that Bianca and other family members would leave London  tomorrow  for Nigeria to attend to numerous visitors on condolence visit as well as “brief family members on his death.”

Meanwhile, a condolence register with a portrait of the former Biafran leader has been opened at his Enugu residence. The leader of the Movement for the Actualization of the Sovereign State of Biafra [MASSOB], Chief Ralph Uwazuruike was seen directing the decoration of the expansive residence  which commenced yesterday.

“The family of Dim chukwuemeka Ojukwu, the Ezeigbo gburugburu has lost a great man. A great loss; but his spirit lives on and the people of former eastern region will greatly remember him as a wise and great man”, Ngige wrote.

Former vice chairman of the  Senate Committee on Federal Capital Territory,  Anthony Agbo, said  the death of the  Ikemba Nnewi had cost the Igbo their identity.

Agbo, who was also once the Speaker of  the old Enugu House of Assembly lamented: “Great rumbles in the nether world; as a mighty ancestral spirit takes a bow. Ojukwu was a great African Prince. He squarely symbolized the unbending determinism and enterprising spirit of the Igbo force. He was a restless conscience of the Nigeria nation. Igbos should take up a lamentation for their identity. Where is our calabash of libation to the ancestors?”