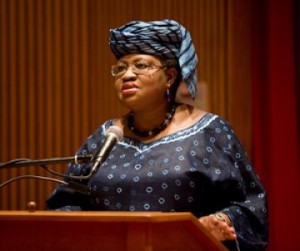 Minister of Finance, Dr. Ngozi Okonjo-Iweala, who disclosed this yesterday at the opening session of the Africa Regional Public-Private Partnership (PPP) Conference in Lagos, said the funds would be used to upgrade roads, fix bridges, channeled to the energy sector, the ports, hospitals and schools. The Information Technology sector also needs more investment among others, to create jobs and attract foreign direct investment.

Okonjo-Iweala, who was represented by Minister of State for Finance, Dr. Yerimas Lawan Ngama, said the budget alone cannot finance these projects and, therefore, called for Public- Private Partnership (PPP). “We need cheaper capital to support our growth. We expect such funds to come through PPP,” she said. The Finance Minister said the construction of the Second Niger bridge, Lagos-Ibadan Expressway, the Abuja International Airport and the Benin-Shagamu Expressway top government’s priority list in infrastructure financing.
She said the private sector is willing to enter into partnership with governments on PPP investments, but doing that will be dependent on returns on investments on those projects. Okonjo-Iweala said Nigeria needs clear institutional framework for the implementation, management and assessment of PPP projects within the government, which would set clear roles and responsibilities for regulation, preparation, assessment, supervision, and final monitoring and evaluation. She said the projects also need to be bankable. “The private sector is looking for bankable projects. The reason Indonesia is not working as well as it should is because of the failure to get good bankable projects to market as such would promote more PPP in the economy,” she said. Okonjo-Iweala noted that PPP takes a long time to mature even in the best of times and that the more a project is spread out, the complex it becomes. She regretted that in Nigeria, PPP projects take twice the time needed to complete them in other countries, noting that this has to be addressed to attract investors. Besides, she said that Nigeria needs a transparent private sector and the understanding development partners to get the PPP working.

Meanwhile, the International Finance Corporation (IFC), a member of the World Bank Group, also announced it will provide Advisory Services for a new public-private partnership to build a hospital in Cross River State, and that it will explore the financing of a second Niger River bridge project at the request of the government. IFC will also consider the feasibility of a public-private partnership that would lead to investment for a second Niger River bridge crossing.