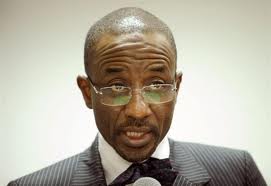 THE Central Bank of Nigeria, CBN, Governor, Mallam Sanusi Lamido Sanusi, has said the apex bank has reached the desired degree of stability for the naira and does not have a cause to be concerned over inflation due mostly to recent stability in its core components.

This implies that the CBN may have gone back on its plan to devalue the naira.

Speaking before the bank’s monetary policy committee meeting yesterday, Sanusi told Reuters that the bank might reduce its exposure to the euro and buy renminbi.

He said: “When the naira reached N167 to the US dollar in October, every currency was going through a crisis. Now, we have retraced that. We have created the stability that we needed. We have stopped the panic” in an interview on the sidelines of a conference in the Moroccan city Tangier.

Asked if the CBN has reached the desired degree of stability for the naira, Sanusi said: “I think we have and I think that within the next few days you might hear an announcement on what the sense is.”

Inflation rose to 10.5 per cent in October from 10.3 per cent in September, but Sanusi said a breakdown of month-on-month numbers shows that “inflation has come down on all three components: headline, core and food inflation.”

“But we are trying to move some into renminbi and while we move some dollars we will probably move more euros, more out of the euro.”

Asked if this meant arbitrage deals to the detriment of the euro, Sanusi said: “Most likely.”

Sanusi is not as concerned about the euro currency as he is about the fortunes of European economies. “If they go into a deep recession, it is likely to affect commodity prices and with that the price of oil and then it will come with difficulty for us in terms of the fiscal position of the government, the reserves positions and the exchange rate,” he said.

The bulk of Nigeria’s oil exports go to the United States, Sanusi said. “The United States and Europe together account for about 80 percent or more. What we export to China and African countries is probably about 20 per cent.”

Sanusi reckoned that any crash in oil prices from a potential recession in Europe would not be as acute as it was in 2008.

“The (oil) market is a little bit tight at the moment. Libya will take time to get back on stream , Iraq is back on stream … The market seems to be driven by fundamentals. So the crash in the oil price, in the event of a recession, is not likely to be as steep as it was in 2008 for example.

“There would be a decline in demand but the supply condition is also tight … I think there would be a collapse if there is a recession but it will not be anywhere near what we have seen in 2008.”