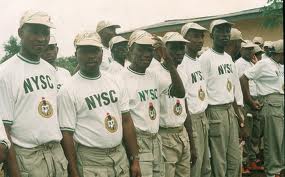 AMID calls in some quarters for the scrapping of the National Youth Service Corps (NYSC), Jigawa State Director of the scheme, Mrs. Stella Abba, has indicated that many schools and hospitals will close down if the scheme was disbanded.

Abba, who stated this yesterday at the swearing-in of new corps members, described the scheme as the only agency that has stood the test of time, adding that it was even more relevant in the implementation of government’s programmes.

She added: “We cannot even satisfy the requests for corps members by many establishments like schools. There are some schools that only have a principal as a staff but the other teachers are corps members. So if NYSC is scrapped, such schools will have to close down. So, the NYSC is very relevant in the progress of Nigeria”.

The director, who was reacting to calls for the disbandment of scheme on the excuse that it was no longer relevant, said the proponents of the agitation are ignorant of the essence of the scheme.

She assured parents of the safety of their wards in Jigawa State as adequate security measures had been taken, adding that Jigawa has been a peaceful state.