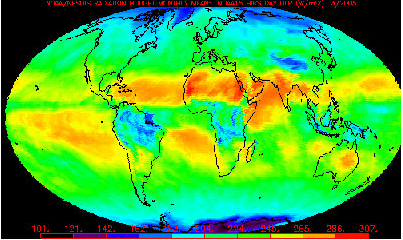 The Lagos State Government annually hosts a climate change summit early into the year for about 4years now to guide moves for climate change in Lagos in that year. This summit has seen progress in the past and the Lagos State Ministry of Environment has coordinated the meetings to have a general influence on deportment of Nigeria on climate change mitigation and adaptation.

The next summit should hold around early 2012; effects and additions from the just concluded UN climate change conference should guide direction for talks there and the position of Nigeria before the UN summit for 2012 in Qatar will be partly decided too. Climate change is gradually ascending the list of government concerns in Nigeria and may become a factor for standards in building and construction projects.

Nigeria is predisposed to unwanted effects in weather anomalies because of our geographical position and closeness to sea water. Some of the effects of climate change in Nigeria are getting more intense of late, this presents that infrastructural development in adaptation is taken.

Mitigation of Green House Gas (GHG) emissions is also necessary as Nigeria is the biggest polluter in Africa after South Africa. A major share of Nigeria’s emission come from vehicles and is worsened by the road traffic situation. Lagos, Rivers and Ogun states record a high number of road traffic during different times and days of the week.

Traffic is a big problem in Nigeria not just because of global warming but because it contributes to insecurity, it reduces the quality of air in the near environment and stiffens flexibility of engagements by loss of man hours. Traffic is what many in cities especially Lagos have come to accept; should this really be?

Traffic as one of the ‘major’ problems in Lagos is not getting enough debate time for likely solutions but leave traffic reports available via the web or from radio stations at rush hours as the only solution. Lagos has a traffic agency  ̶  Lagos State Traffic Management Authority  ̶  LASTMA, with responsibilities to manage the Lagos traffic situation.

LASTMA is a major solution to road traffic problems in Lagos and are closer solutions for the situation than rail and water ways generally suggested. There are around 5000 LASTMA officials presently, to manage hundreds of roads for traffic issues for 14 – 16 hours daily.

The workforce of LASTMA should be increased, with about one-fifth of their current staff capacity added every quarter to ensure that more officials are stationed at more points  ̶  for major and alternative routes  ̶  and to make their duty period flexible enough for officials to work smartly and channel more energy on observation.

Training and enhancements should also be given to these officials so that they can out-perform traffic volute encountered daily. LASTMA should not be dumped and abandoned as the government and private sector in a serious move for traffic solution can see opportunities with them.

Crowd sourcing route-specific suggestions from road users will also help in traffic reduction on peculiar routes because suggestions are coming from those who use and understand that route. Further solutions like prioritizing road maintenance and repair for major & alternative routes, traffic technology deployment and varying of security checks will help greatly.

If Lagos decides on the traffic situation, it cannot escape solution. Works in place for some routes include rail and water ways, these solutions are progress in their own respect towards development and diversification. Attention and hopes can’t be kept with these for Lagos traffic solution.

Keeping Lagos traffic problems as a major issue for discussion in the next climate change summit will see solutions look upon it and shove Lagos to move in a direction to cut millions of tons of carbon over a given period.

Landfill gas for electricity generation is possible in Lagos if adjustments are made to Lagos landfills to generate and harness it. Lagos can also deploy solar power as a standby power source for selected locations in the state. Biofuel may also be a near term plans for Lagos in partnership with other states or the federal government.

The Lagos state energy ministry should seek collaboration with other states or the federal government for projects that will be beneficial to the state. The ministry can also initiate certain projects outside Lagos due to the appropriateness of location but will channel the benefits back to the state.

Jatropha biofuels, sugarcane ethanol production, road-railer, wave energy development and carbon dioxide removal aspect of geoengineering are projects and research the Lagos ministry of energy should enter with partners that may be the federal government, other state governments or the private sector to see the state benefit from this new trend of global development.

There is a lot to do and so much to say, budget constriction and tight fiscal rules does not prevent workable and affordable plans for Lagos climate change moves. As Lagos state prepares for a major climate change summit, these subjects should be put to table, options should be explored around them and partners should be sought so as to kickoff action in post-summit moves. Climate change solution with Lagos is possible.