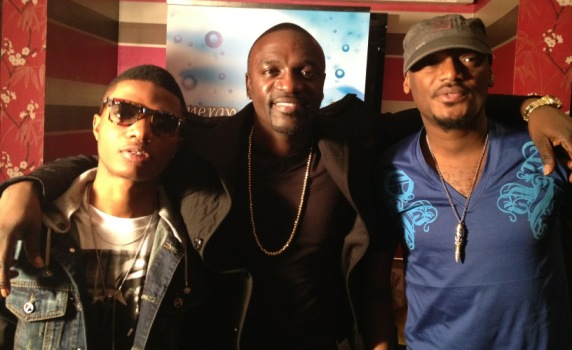 Top Nigerian acts 2face, P-Square and Wizkid have been officially signed by Akon as representatives for his record label, Konvict Music.
The stars would be joining fellow international stars such as Lady Gaga, Brick & Lace, Colby O’Donis among others who are already signed to Konvict music.
Akon made the announcement during a press conference at Jay Jay Okocha’s club 10, he was in Nigeria for the unveiling of a new energy dring ‘Cintron’ of which he is a brand ambassador.