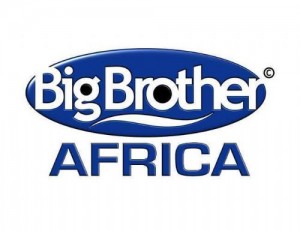 M-Net in a press release announced that its popular TV show, Big Brother Africa will begin airing across Africa in May. Entries for the new season will open in a few days.
You can view the press release below:

‘Happy New Year! So says M-Net who kicked off 2012 with the news that the seventh season of the continent’s attention-grabbing Big Brother Africa series will be hitting DStv screens in May! With TV commercials promoting the series’ return now screening on M-Net, entry for the new season opens in just a few short days.

What can viewers expect from the reality TV powerhouse that continues to draw widespread audience interaction, fan fervor and some of the most entertaining personalities on African television? According to series executives, viewers can once again get set for drama, action and entertainment with twists and turns galore!

“This show is definitely a high demand property that draws and holds audiences from start to finish,’ explains M-Net Africa Managing Director Biola Alabi. ‘And while the basics are the same, every season is different from the last. Re-invention is crucial so I am very pleased to confirm that this year we’re doing something that has never been done before in the history of Big Brother Africa!”

She continues, “Big Brother Africa remains relevant because it constantly surprises audiences with everything from twohouses, more housemates, unexpected guests and new participating countries to unveiling two winners, an All Star reunion, super star performers and the list goes on. So to be able to say that we’re doing something that has never been done before in Big Brother Africa is wonderful. And we really believe it’s what our audiences want to see next!”

With more details of the new season to be revealed shortly, there is one secret M-Net is opening up about already. “At the end of 91 days, while many housemates will walk away with fame and the experience of a lifetime, there will be only ONE winner. So this season, the winner takes all,” says Alabi.

“And we’re announcing the new season very early so that people who are interested in participating can start thinking about whether they want to take this incredible journey. That decision is the first step on a road that may well lead right to the Big Brother house!”

For more information on how and when to enter the new season of Big Brother Africa, keep a close watch on M-Net, or check the website www.mnetafrica.com regularly for updates. And with the entry criteria and the all-important prize money also set to change again, it’s clearly going to be a rollercoaster ride every step of the way. But then again, who expects anything else from Biggie?!
Big Brother Africa is produced for M-Net by Endemol South Africa and is seen, live 24/7, in 47 African countries only on DStv.’