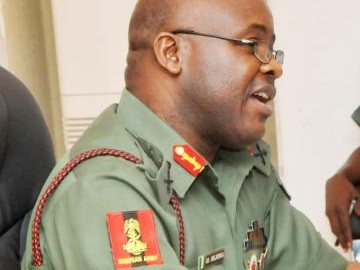 A suspected sponsor of the dreaded sect Boko Haram has been caught while arming youths in Nasarawa Township in Chikun local government of Kaduna State. He was arrested this morning around 1:00am.

There were reported gunshots by his supporters when an army officer on a tip off from the 1st Division of Nigerian Army Kaduna stormed his family to initiate a search, following which rocket launchers, IEDs materials, soldiers uniforms, army belts, cartridges, pump actions guns and some AK47 assault rifles were found and taken away by the Nigerian military team that carried out the action.

The arrested gunrunner is Comrade Nuhu Mohammed who is former chairman of petroleum drivers association in Kaduna. He is currently being held in an undisclosed military base in Kaduna.

It was also gathered youths in the area this morning when the combined team of soldiers, SSS and police went to the area around 9am for additional search resisted their arrival in to the community.

The youths started stoning the security and some wanted to shoot but were restrained by a senior military officer in charge of operations.