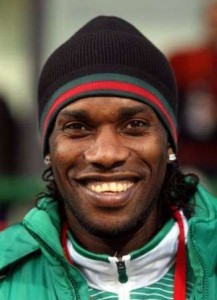 Former Nigerian International Austin Jay Jay Okocha is to star in a lucrative Indian football tournament that hopes to replicate the success of the Indian Premier League (Cricket).

30 players and six coaches from abroad will be auctioned in the Indian city of Kolkata for the tournament scheduled for Feb 25 to April 8.

“We have signed seven ‘icon’ players for the auction and each of the six teams will have one such player with a $600,000 salary cap,”

“Every team will have $2 .5 million to spend in the first year. They will have a maximum of four foreigners and a compulsory six under- 21 Indian players in their squad.” Bhaswar Goswami, executive director of Celebrity Management Group (CMG) said.