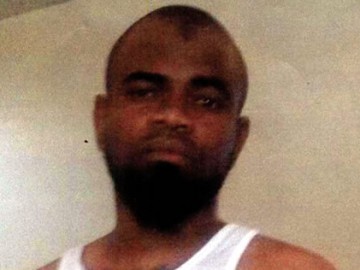 Following President Goodluck Jonathan’s order to the Inspector General of Police, Hafiz Ringim to produce the escaped Boko Haram mastermind, the Nigeria Police force yesterday declared him wanted and placed a N50 million reward for information leading to his arrest.

Kabir Umar, aka Kabir Sokoto had escaped under suspicious circumstances from police custody on Monday, 24 hours after his arrest.

Sokoto is alleged to be the mastermind behind the Christmas Day bombing of the St. Theresa’s Catholic Church, Madalla, Niger State that killed 40 worshippers.

A statement signed by the Force Public Relations Officer read:

“The Police High Command has declared Kabiru Umar (a.k.a. Kabiru Sokoto) wanted in connection with cases of bombing and terrorism across the Northern States of the Federation, especially the Christmas-Day bombing of a Church at Madalla, Niger State which resulted into wanton destruction of lives and property.

“Kabiru Umar who hails from Biu, Borno State, was last known to be residing at Bulletin Quarters, Abaji, FCT. He is aged 28 years, fair in complexion and speaks English, Hausa and Arabic languages fluently. The Nigeria Police has therefore placed a monetary reward of N50 million for anyone who has useful information regarding whereabouts of the suspect or that will lead to his arrest. Such person should please report to the nearest Police Station nationwide”.

The Senate yesterday ordered its committee on Police Affairs to immediately commence full investigation of the circumstances that led to Kabir Sokoto’s escape.