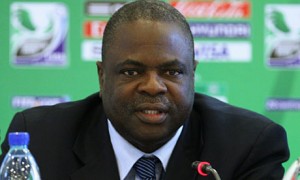 Adamu was sanctioned by Fifa after the UK Sunday Times newspaper released a damning video which indicated that he was ready to receive $800,000 in order to influence the voting procedure with his vote for the 2018 FIFA World Cup bid.

He denied any wrong doing.

Adamu was filmed by reporters from the UK’s Sunday Times, who posed as lobbyists for a consortium of American companies that wanted to bring the World Cup to the United States.

He went ahead to appeal FIFA’s decision to ban him by taking his case to the Court of Arbitration for Sport (CAS), which has now rejected his appeal.

“CAS considered the sanction was not disproportionate,” the court said.

“[The ban] was even relatively mild, considering the seriousness of the offence.”

He was offered $800,000 to build four artificial football pitches in Nigeria and was banned for a breach of Fifa’s code of ethics.

“The CAS panel stressed that it was of crucial importance that top football officials should not only be honest but should evidently and undoubtedly be seen to be honest,” the judgement said.

“With respect to the behaviour of Dr Adamu, the CAS panel was comfortably satisfied that he was far from actively and unambiguously refusing the improper offer set forth by the alleged lobbyists.”