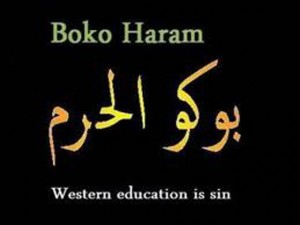 Boko Haram has warned that they would launch attacks on offices and installations of telecommunication service providers across the country.

The charge against them: aiding the arrest of its top members: Abul ‘Qaqa’, (the sect insists Abul Dadar, not Abul Qaqa, was arrested), and Kabiru Sokoto.

The group’s spokesperson, who still claims to be ‘Abul Qaqa’ conveyed the alert in a telephone conference interview with journalists in Maiduguri.

Boko Haram alledged that GSM service providers- MTN, Airtel and Glo  provided security agents with the call log of Boko Haram members, which was leading to security operatives tracking down their members.

The Boko Haram spokesperson also said that the Nigeria Communication Commission (NCC)  has also been penciled down to be attacked.

“We are also issuing similar threat to the Nigeria Communication Commission (NCC) for given directives to GSM operatives to release information on our movements,” Qaqa said.

Qaqa boasted: “No matter what, we cannot be deterred. No amount of arrest of leaders will stop us from striking, but like I said we will strike and it will be soon.”