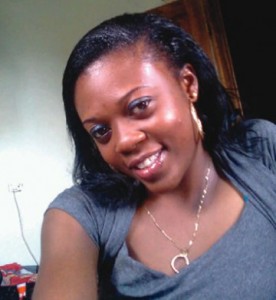 Two gunmen operating on a motorcycle shot dead a female banker working with the United Bank for Africa (UBA).

Reports say that the Banker, Damilola Sowemimo, 25, was on Sunday killed while going to church on Sunday morning.

Sources say that she was killed in front of her parent’s house at 1, Agbor Close, Isolo Way, Ajao Estate.

A friend of hers was quoted saying;

“On Sunday morning, Damilola was going to church. Her friends had parked on the other side of the road and she was attempting to cross when two men on a motorcycle appeared from nowhere.

“The bandits came down from the bike, snatched her phone and ransacked her bag. When they did not see any valuables in her bag, they got angry and shot her in the neck before speeding off.”

She was immediately rushed to a nearby hospital but where she later died as she bled profusely.

Mr. Joseph Jaiyeoba, the Police Public Relations Officer for the state command, confirmed the incident saying that the police had started investigating the case.

“The lady was coming from church when two men on okada accosted her. They stole her telephone and also attempted to snatch her handbag but she engaged them in a struggle and was shot. She was later rushed to a hospital where she died.