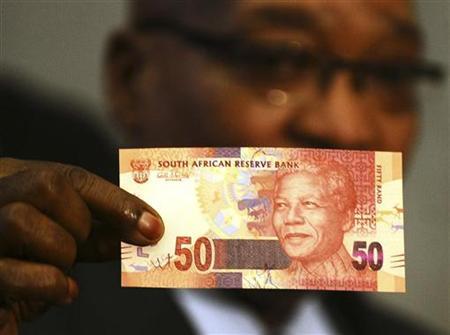 The South African government has said it will be issuing new bank notes bearing the portrait of former president Nelson Mandela.

The announcement Saturday on February 11 coincided with the 22nd anniversary of the day Mandela was released from prison, after serving 27 years in jail for his role in the anti-Apartheid struggle.

The 93 year-old-icon has largely kept a low-profile in recent years amid health concerns.

South African President Jacob Zuma said the move to use Mandela’s picture on new bank notes was intended to express the country’s “deep gratitude” to the former leader.

Zuma said the new banknotes were still under production and did not say when they would appear.