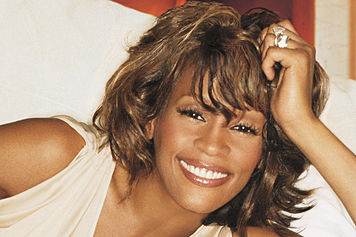 Friends and relatives of US singer Whitney Houston are gathering in Newark, New Jersey, for her funeral.

Some 1,500 guests will attend the private ceremony at the New Hope Baptist Church. Houston’s body will then be buried at a local cemetery, alongside her father.

The New Hope Baptist Church is where a young Whitney Houston sang in a gospel choir run by her mother.

Security will be tight, with fans kept away, although the funeral service will be streamed live on the internet.

Houston, 48, was found dead in a hotel in Los Angeles a week ago.

Officials are waiting for the results of toxicology tests that will help them ascertain how she died.

The 1,500 invited guests will include some of the biggest names in show-business.

Stevie Wonder and Aretha Franklin will sing, while Kevin Costner, who starred opposite Houston in The Bodyguard, will be one of the speakers, as will Clive Davis, her musical mentor.

Houston will be buried beside her father at Fairview Cemetery, Westfield

There will also be contributions from Houston’s cousin Dionne Warwick and singer Alicia Keys.

There has been a lot of debate about his attendance because of the well-publicised problems of the couple’s marriage, and also talk about how much time he will spend with his daughter.

Houston will then be buried beside her father, John Russell Houston, at Fairview Cemetery in Westfield.

A number of Houston’s relatives attended a private viewing service at a Newark funeral home on Friday night amid tight security.

Houston was one of the world’s leading musical artists from the mid-1980s to the late 1990s, selling 170 million records worldwide.

Sales of her records have soared since her death was announced last Saturday.