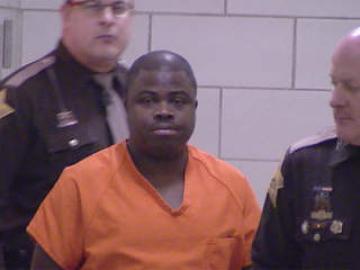 A Nigeria nursing assistant based in the United States, Folajuwani Ajayi has been arrested for fondling a patient and also videotaping it.

Ajayi appeared in an Indianapolis court on Tuesday.

The judge appointed a public defender and entered a “not guilty” plea on his behalf. But police said the evidence against Folajuwani Ajayi pointed to guilt.

Ajayi is scheduled to face trial for one felony and two misdemeanor charges on April 2. But court documents indicated while working at Wishard Memorial Hospital, the certified nursing assistant fondled an unconscious inmate being treated in the hospital’s detention area and videotaped it.

According to the probable cause affidavit, Ajayi’s cell phone video showed “a black male remove the clothing material around the female patient” and fondled her genital area.

The Police also stated that there were 40,000 pictures and 17 videos on Ajayi’s cell phone. Investigators are trying to identify the women in every image, find them and interview them. If and when they do, Ajayi could face many more charges.